As we become older, we frequently wonder if we’ve had a good life—one that we’d be glad to live again without changing anything. And, astonishingly, anybody among us may live such an amazing life. Stoicism, an ancient philosophy, and stoic virtues are the source of the hack.

The Stoic philosophy was about living it in everyday life rather than debating it in elite circles to demonstrate one’s tremendous wisdom. Anyone might become a Stoic, and prominent exponents included a slave, a senator, a water-bearer, and an emperor.

So, adopting the Stoic principles or the Stoic virtues is one of the surest ways to live a life worthy of proud recollections.

To a Stoic, the ultimate goal and achievement of human existence is a life of the highest good, and everyone has the same rights and means to attain it. The road passes through four qualities that are central to Stoicism. We may live in peace with others and remain calm in the face of adversity if we practice these characteristics.

What Are Stoicism’s Four Virtues?

Aretê, or Virtue, is the all-encompassing attribute of a decent human, and exemplifying it in every scenario is every Stoic’s most cherished goal. Virtue, which means moral perfection, refers to everything in life that is under one’s control.

Virtue, according to a Stoic, is the only thing that makes human existence meaningful. The most crucial character attribute of a Stoic is a virtue, and a Stoic cannot survive without it. Any Stoic would tell you that virtue is required to achieve eudaimonia, the Greek word for human flourishing or life contentment.

The early Stoics subdivided this core Virtue into four sub-types: wisdom, temperance, justice, and courage, each a unique cardinal virtue. Stoic founders appeared to build their notions of virtue on the teachings of Socrates and The Republic of Plato.

Stoic thinkers consider the four qualities of virtue as intertwined yet separate from one another. Let us go into the qualities of Stoicism to learn more about the Stoic virtues.

Stoics define practical knowledge, also known as prudence, as the capacity to perceive and discern between what is good, what is harmful, and what is indifferent to human existence. Wisdom enables us to make rational decisions and sound judgments based on our knowledge and experience.  Discretion, deliberative excellence, good calculation, quick-wittedness, good judgment, good sense of purpose, and resourcefulness are subsets of wisdom.

The need for wisdom arises from the fact that the majority of our pains are caused by our beliefs based on prior experiences. With knowledge, we confront those preconceived notions and work toward creating a new self with a calm mind. When we can recognize the difference between the doubtful and the virtuous, the right and the unjust, and pride and hubris, we are relieved of the tension of overthinking. We no longer waste time wondering whether to take action or accept someone’s offer.

Temperance, sometimes known as moderation, is a virtue that pertains to self-control, self-discipline, and self-restraint. It is the virtue of acquisition, the state in which a possessor is cautious about what he should acquire before deciding what to gain.

It is about self-control when it comes to overeating, overthinking, or overindulging. It is not swayed by praise or resentment, pleasure or grief, love or hatred. We may choose long-term well-being above short-term pleasure with temperance. In certain ways, it is consistent with Epicurus’ ideals and the Epicurean way of life.

Temperance is a practice that enables us to thrive. If we practice it at the proper moment and to the right degree, it may bring us wealth. Temperance was usually associated with self-control among the Stoics. It is only doing what is required and needed.

Marcus Aurelius was adamant about acquiring this virtue, explaining that what distinguishes people from animals is the capacity to control their desires. “Most of what we say and do is unnecessary: reduce the superfluity, and you will have more time and less bother,” he says.

The Stoics advise us to exercise moderation in all aspects of our lives, whether it be riches, power, hunger, or any other sort of indulgence.

Justice, often known as the moral virtue, is doing what is right and fair at all times, especially in times of weakness and suffering.

Piety, good-heartedness, public-spiritedness, honesty, equity, and fair dealing are all subcategories of justice. It is our sense of justice that drives how we treat others and determines what is legal and just, particularly in our community and among its members. Stoics believe that all moral corruptions are equally harmful.

People who lack a consistent sense of moral fairness are mentally unstable. They are mentally fatigued and lost in willpower overanalyzing which one would suit them best since they have to choose from a handful of possibilities each time they confront a moral problem. Their concept of justice fluctuates from case to case as they try to weigh how much it benefits them with how much it is fair to others.

According to the Stoic virtues, justice is our obligation to our fellow men and to our community. Even in difficult circumstances, a just person bases her judgments on what is fair and gives others their due. Thus, justice is also a distributive virtue: the state of giving to each individual according to what they deserve.

Courage, also known as fortitude, is the state of standing firm and thinking clearly in risky and frightening situations.

Endurance, confidence, great-heartedness, stout-heartedness, high-mindedness, cheerfulness, and industriousness are all subsets of courage (love of work).

Courage does not imply the absence of fear, desire, or concern. It is rather opting to act and move on despite our fear, passion, and worry. It is the virtue concerned with tenacity and persistence in the face of adversity.

The Stoic virtues taught us that bravery without other qualities, most notably justice and intelligence, ceases to be a virtue and becomes a vice. So, to be bold, one must also be “decent and straightforward, lovers of truth.”

Try Evolve App to overcome procrastination. The app has journeys that will help you lead a healthy and procrastination free life. The Evolve app is now live globally on Android & Apple, click here to try for free!

The Core Beliefs Of Stoicism Made Simple for you

The Philosophy Of Stoicism Made Simple For You (for sure) 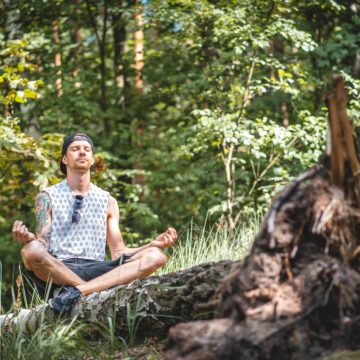 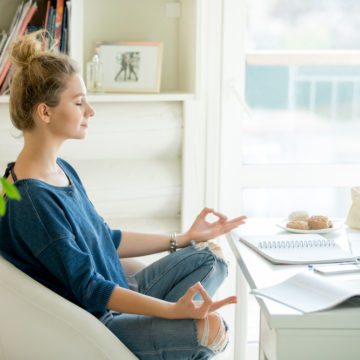 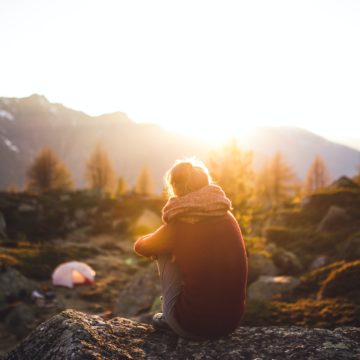 The Difference Between React and Respond 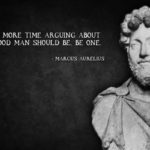 10 Stoic Principles Simplified for you! 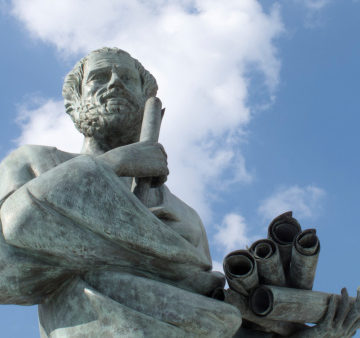 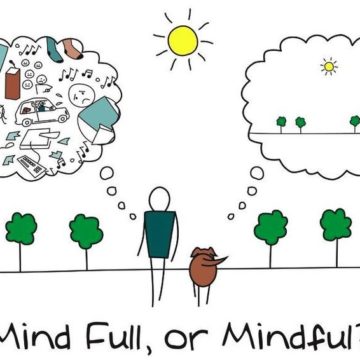 Sarah Khan is pursuing CSE and is an author at Evolve.
Who strongly believes mental health is the overall strength.
Mail at sarahjkhan37@gmail.com to connect with her.