What are Personality Traits?

One of the first things that hits us when we look at the people around us is how unique each individual is. While others are very quiet, some people are very talkative. While some people are active, others are couch potatoes. Some people worry a lot, while others hardly ever seem worried. Every time we use one of these adjectives to describe someone in our immediate vicinity—words like “talkative,” “silent,” “active,” or “anxious”—we are referring to that person’s personality—the distinctive ways that people differ from one another.

Gordon Allport and other “personologists” argued that while there are numerous ways to think about people’s personalities, understanding their personality traits will help us better comprehend how different people differ from one another.

The fundamental differences between persons can be seen in their personality traits. There are just a few of these dimensions, according to trait psychologists, and each person falls somewhere on each one, so they could have low, medium, or high levels of any given feature.

Instead, they are referring to individuals who fall at either the low or high end of a continuous distribution. The majority of people really score in the centre when personality psychologists assess traits like extraversion, with smaller numbers indicating more extreme levels.

The Big Five were discovered as a consequence of empirical research, and psychologists found that many of the features on their large list of predefined attributes frequently happened together. As broad characteristics that were fundamentally taken into account when separating one person from another, five significant criteria were discovered. These include Openness, Conscientiousness, Extraversion, Agreeableness, and Neuroticism.  The acronym OCEAN is created when the initials of the character traits are combined.

High performers in this personality trait also frequently exhibit greater creativity and spontaneity. Conversely, those who score poorly on this personality attribute tend to be considerably more conventional and may have trouble thinking abstractly.

There are six sub-traits or facets for each of the Big Five personality traits. These can be evaluated separately from the characteristic to which they belong in a personality test.

The sub traits of the openness are:

The ability to restrain, regulate, and steer one’s impulses is what is meant by being conscientious. On a professional test, those who scored well on conscientiousness are adept at creating long-term goals, organising and planning the steps to get there, and working persistently to achieve them. Despite any short-term difficulties they may face. People with a conscientious personality type are typically seen as trustworthy and responsible.

The Big Five personality theory lists conscientiousness as one of its five personality traits. An individual who performs well on the conscientiousness scale typically possesses strong self-control. These people like following a plan over acting on the spur of the moment. They typically achieve great success in their chosen profession thanks to their methodical planning and tenacity.

The sub traits of conscientiousness are:

This describes a person’s energetic, outgoing, and friendly disposition as well as their capacity for forging trusting relationships quickly. Both professions requiring managerial responsibilities and jobs involving sales are proven to be successful for them. When in leadership positions, they exhibit inspiring characteristics. They typically appreciate their work environments because they value the relationships they develop there.

The sub traits of the extraversion domain are:

This relates to a person’s personality attributes of collaboration and compassion on the one hand, and distrust and hostility on the other. They are outgoing, kind, upbeat, and prepared to make sacrifices for the good of others. High agreeableness individuals are well liked by others and forge close bonds with them. They don’t take offence easily when others treat them unfairly, and because they can foster an environment where everyone is treated fairly, they have the ability to be an excellent leader and a great team member.

The sub traits of the agreeableness domain are:

A person’s emotionality, temperament, impatience, anxiousness, and moodiness are considered personality traits. It speaks to the person’s capacity for self-control, stability, and stress management. They frequently lose their temper easily and experience anxiety and despair, which makes it difficult for them to think properly and deal with challenging situations. People with high levels of neuroticism typically have low levels of achievement since this personality trait works against having a successful career.

The sub traits of the emotional stability trait are:

According to research, both biological and environmental factors contribute to the development of our personalities. According to twin studies, each of the five personality qualities is the result of both nature and nurture.

Studies suggest that the five personality traits may change as people mature. People tend to become less neurotic, extraverted, and open to experiences as they become older. Conscientiousness and agreeableness, on the other hand, seem to rise with age.

Learn more about the human mind, discover yourself and remain motivated with Evolve! If you liked our article, try the Evolve App to help you move on and focus on your growth. Evolve has a range of guided audios that help you proactively manage stress, reduce anxiety and make mindfulness light and joyful, so you can be balanced at anytime! The Evolve app is now live globally on Android and Apple. Click here to try it for free! 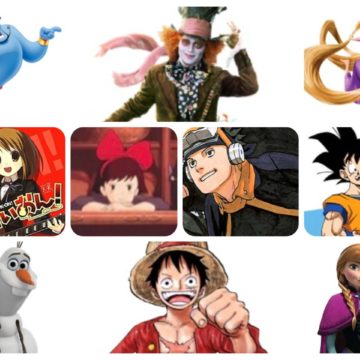 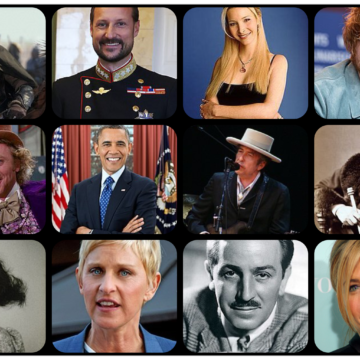